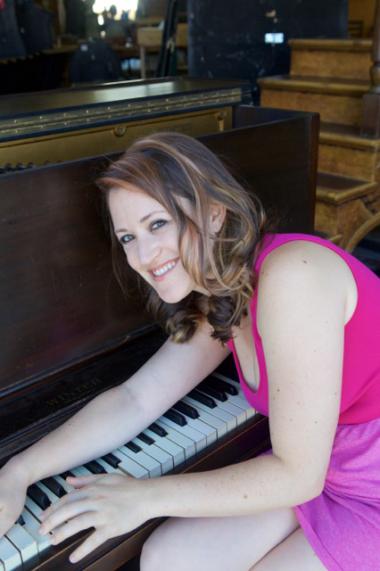 Laura has been a pianist since her fingers were big enough to play. She took lessons when she was younger and then taught herself from sixteen on. Her first gigs were accompanying, performing at religious venues, and soloing at a local jazz club. When she turned eighteen she moved to London and that's where it all really got started. She wrote numerous songs while abroad, and finished her first album when she moved home a year later. Also that year, she formed a band named The Essentials that played the LA club circuit.

After the band broke up, Laura played music part-time while she worked on her second full-length album that was released in 2010. And that was followed by a third in 2012.  That same year she began her first residency at Paradise Piano Bar.  Since that time she has played at just about every piano bar in Orange County, Long Beach, San Diego, and Los Angeles.  She has also performed at the famous Sopranos Piano Bar in St. Maarten.