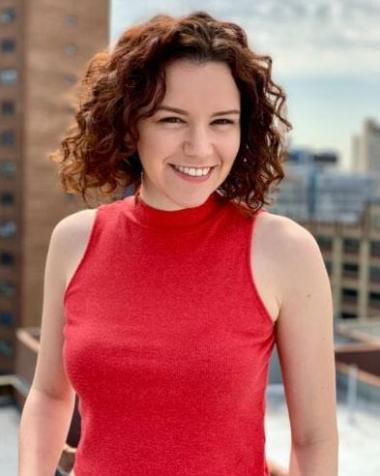 USA piano bar entertainer Polina Senderova is a music director, multi-instrumentalist and dueling pianist based out of New York City. She studied at Manhattan School of Music Precollege Division for 12 years, where she was classically trained in piano and violin. She then attended Northwestern University, where she graduated in 2015 with a Bachelor's Degree from Medill School of Journalism, and spent her free time music directing large-scale shows, playing in pit orchestras and being an accompanist for many theatre and opera students.

During her senior year of college, Polina was hired by the Howl At The Moon national dueling piano bar chain where she quickly picked up playing drums and bass and memorized hundreds of songs on multiple instruments. With HATM, she performed in 10 cities across the USA and was chosen to be part of the opening team of their new location in Cincinnati.

In 2017, she took her talents to the seas and was hired to work as a singing pianist with the Billboard On Board dueling piano show on Holland America Line's luxury cruise ships. Today, she is based in NYC and continues to music direct, perform at dueling pianos bars and work on a variety of musical endeavors around the city.

Also fluent in Russian and Spanish, Polina also freelances as an accompanist, writer and editor.