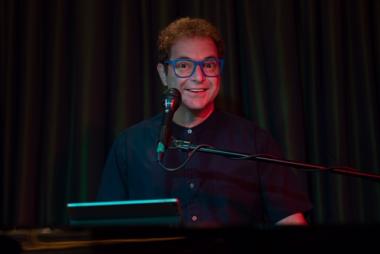 Barry is not your typical piano bar performer. His heart, soul, point of view, and connection to the music has you feeling you know him like a good friend, even on the most requested songs. A mainstay on the international piano bar scene, Barry has performed in Denmark, Germany, Greece, Iceland, Ireland, Japan, the Netherlands, Norway, Poland, Sweden, Switzerland, and throughout the Caribbean. He is very popular with guests aboard the Holland America Line, and still has a loyal fan base from nearly ten years aboard Royal Caribbean cruises. Born in Chicago, his blues-influenced, high-speed piano solos and endless energy will keep you singing, dancing, and not quite believing what you're hearing, only a few feet away.