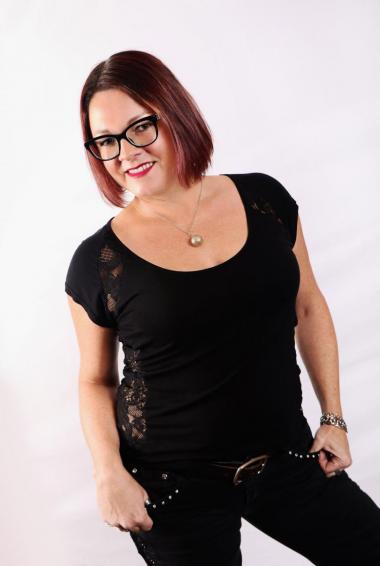 Acclaimed singer, songwriter and entertainer Jen Porter has been called one of the hardest working women in her industry.  With over a decade of playing live shows in the U.S., the Caribbean, and Europe, and 5 albums under her belt, Jen continues to write, record and perform worldwide.

Critics often compare her live-show energy to that of Janis Joplin, her piano stylings and voice to Natalie Merchant, and the intensity of her songwriting to Fiona Apple.  Her fourth album, “Closer to the Surface” was released to enthusiastic reviews. Andy Downing of the Chicago Tribune says, “[Porter’s] voice swing[s] between striking moments of intimacy and tornadic outbursts, while her piano . . . matches each emotional surge lockstep.”

Indie-Music.com’s Barney Quick says, “This is real music, wide and deep. It’s accessible but still invites you to take your time to see what’s really there. I don’t need any comparisons to get a handle on what she’s doing. She’s setting a standard by which others down the pike will be compared.”

CAREER HIGHLIGHTS
• Named Best Local Musician (Chicago) by the Chicago Free Press
• Performed for an audience of 200,000+ people at the National Mall in Washington, D.C.
• Regular performer of U.S. National Anthem for the nationally-televised Chicago White Sox since 2007; has also performed for the Chicago Cubs, Chicago Bulls, Chicago Fire, and Detroit Pistons
• Regular performer at many international destinations, including several Caribbean islands and several countries in Europe
• Featured on Stonecutter Records’ Acoustic Chicago compilation
• Featured Chi-Tunes performer in Red Eye, a Chicago Tribune Publication
• Continuous radio airplay and interviews across the U.S. and Europe, including satellite and terrestrial radio
• Released five full-length studio albums to date: What’s Next ©2018 - Closer to the Surface ©2009 - Moving On… ©2006 - It’s About Time ©2002 - Faces ©1999
• Has written original music and had material solicited for film and television projects