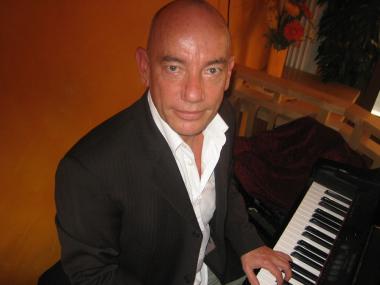 Al Pithers started his career playing in bands in Perth, Western Australia when he was 16.  Back then piano players were very much in the minority and were in great demand.  He was very fortunate to work with some great musicians.

Al was an original member of Manteca, a jazz fusion band that played to 2000 people every Saturday afternoon at the Windsor Hotel -- recorded 2 albums under the ABC label, filmed ten 40 minute television shows, including a recording and live gig at the Perth Concert Hall with the Perth Symphony Orchestra.

Al was playing at Ayers Rock Resort in Australia's desert in 1998 when he was invited to open an Australian bar in Dresden, Germany, Ayers Rock Bar.  Since then, he has performed all over Europe with repeat bookings at Harry's New York Bars, Intercontinental Cologne, Intercontinental Frankfurt, Sheraton Mallorca Arabella Hotel, Sheraton München Arabellapark Hotel, Ayers Rock Bar in Dresden and many more.  He is always asked to return to everywhere he performs.