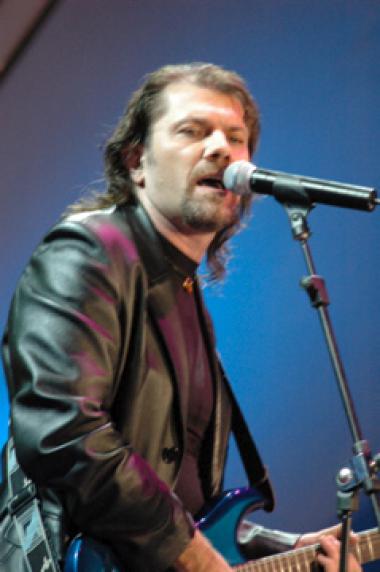 Italian-born Paul Moss is an accomplished guitarist, singer and songwriter who has been entertaining audiences with his brand of rock, blues and pop for 25 years. His influences include the Beatles, Bruce Springsteen, John Denver, Billy Joel, Elton John, Rod Stewart, Roy Orbison, Stevie Wonder and U2.

As a solo artist, he has toured the U.S., Italy, Switzerland and Iceland, performing in lounges and night clubs. He has worked as a session man at recording studios, performed in musicals and shows in Las Vegas and Atlantic City, and played in cover bands around the U.S. He has collaborated with internationally famous musicians and was the official guitarist for Italian diva Alexia. Paul won several music competitions and created an award-winning music video. He has made television appearances in Italy, France and the U.S. Paul recently released the CD single, "Your Eyes."