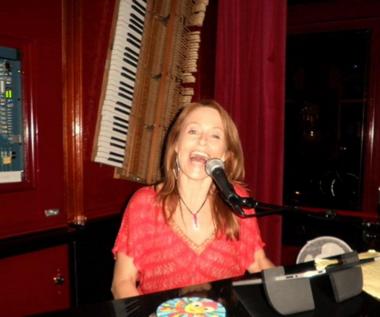 A veteran of the exhilarating dueling piano bar scene, including more than a decade at the famed Pat O'Brien's in New Orleans' French Quarter, Kimberly Krohn has also performed solo all over Europe, in Thailand, Mexico and the Caribbean, and aboard Disney Cruise Lines, the Holland America Line and Scandinavia's Color Line.

When Kimberly graduated high school, she hopped a Greyhound to Pennsylvania and joined a touring show band. For three years, the classically-trained musician played piano and sax and sang for an all-girls heavy metal band. Time tempered her musical style, and Kimberly headed to New Orleans to study jazz. She became a mainstay at Pat O'Brien's and, later, the Norfolk, Virginia piano club Crocodile Rocks.

Needless to say, Kimberly knows how to entertain a crowd. And since becoming a solo musician, she's been hotly in demand.