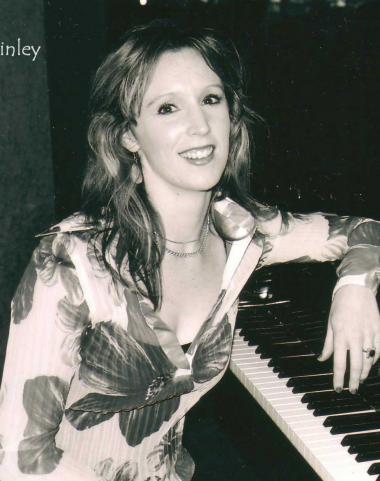 Australia's Kat Kinley, a Conservatorium of Music graduate (WAAPA), has been performing professionally since the age of 12 in pubs, bars, clubs and theaters, and for various private functions. She also started recording and session work at that time and has been writing songs nearly as long.

After a stint in Melbourne, where she led her own four-piece band around the Melbourne and Victorian music scene, Kat returned to Perth, playing keys and singing lead vocals and harmonies in various duos and bands in and outside the city. She recently completed a three-month contract in Tokyo and Nagoya, Japan, performing solo in cocktail lounges, hotel bars and clubs.

With a classical background in both vocals and piano, Kat has adopted all types of music—including country, jazz, and mainstream pop and funk—into her vast repertoire. Her musical training has honed her ability to sight read requested tunes and to quickly learn new songs under pressure. Kat's skills, both vocally and instrumentally, have earned her respect and friendships both in Australia and overseas.