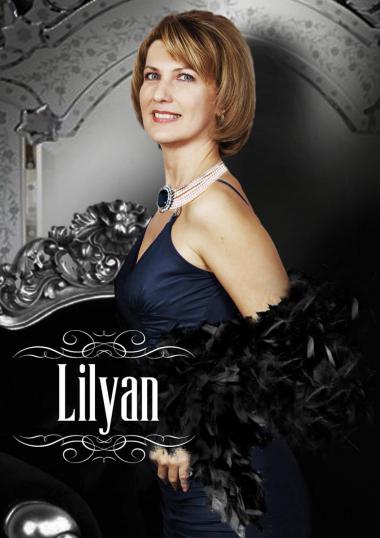 Cheerful, expressive and charming Lilyan Kadieva is an experienced entertainer with a particular sense of humor and reverence for the musical.  She has gained experience by performing in numerous prestigious restaurants, night clubs, hotel piano and lobby bars and cruise lines around the world.  Some previous engagements include Norwegian, Princess, Windstar, Costa, Tallink, Fjordline and Hurtigruten cruise lines; and numerous hotels throughout the Middle East and East Asia.

Lilyan always interacts well with an audience.  With more than 600 songs, her repertoire covers quite a broad range of musical genres, including jazz standards and evergreens, blues, rock, country, Latino and contemporary pop music.  She create a party where the situation evokes it or be composed when the occasion requires it.

Lilyan has an extensive musical background and is working constantly to improve her skills as a highly accomplished entertainer.  Lilyan always shows respect towards different cultures and nationalities, and she derives inspiration from the diversity of her audiences.