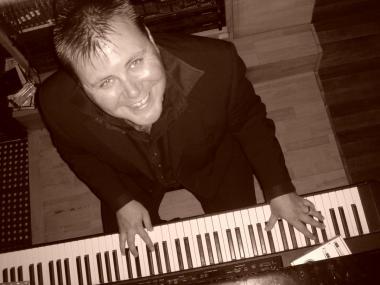 Hooker Jones began his professional life at the age of 17, strumming a guitar and singing in bars in his home city of Cardiff in the United Kingdom. Hooker soon progressed to playing in local bands, signing a recording contract with a subsidiary of Sony records and completing tours in Europe and Canada.

Returning to the UK in his early 20s, he became one half of a popular musical comedy duo before accepting a position as compere at one of the largest resort-style holiday centers in the country—working with the top names in UK light entertainment.

Stints then followed touring a cabaret show across southern Europe before returning to London and making appearances on British national television. In the late 1990s, Hooker began performing at piano bars in Eastern Europe and spent 2 years working at the well known "Jumpin Jaks" chain of UK nightclubs.

Performing on the demanding Scandinavian piano bar circuit soon followed, interspersed with other engagements in the Austrian Alps, the Caribbean, the Canary Islands and on the Indian Ocean resort island of Maldives. In addition to regular piano bar shows, Hooker performs The Sound of Cash show, a cabaret act featuring the most popular songs from the catalogue of the timeless Johnny Cash.

Hooker's vast musical experience and large repertoire enable him to entertain in any type of piano bar format, ranging from background music, jazz and swing through to high energy party music.