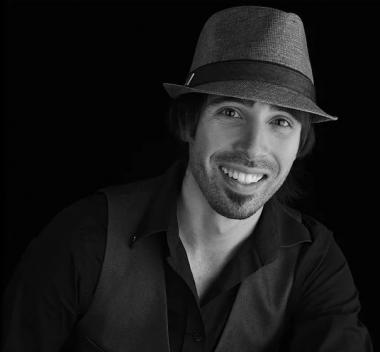 A Canadian boy who grew up in Grand Bend, Ontario, Greg Gallello played piano as a child, and started helping out as the organist at his church.  As a teenager, he started learning other instruments like the guitar, alto saxophone, drums, and harmonicas to broaden his horizons.  He didn’t start taking music seriously until his early 20’s.  He explains, “I started writing songs in my head, but something was missing”.  He began to play local coffee shops, and bars, going through what he calls “the typical post-high school lifestyle.” “I wasn’t interested in anything I was doing other than music, and I loved the wide-openness of my life.”

As his name grew in and around the area, the pieces began to fall into place for Greg.  Entering a citywide singer-songwriter competition “London’s Got Talent” in London, Greg won.  Shortly after in 2007, Greg’s friends and family convinced him to try out for Season 5 of “Idol”, earning him his golden ticket and making it to the top 40.

Today Greg spends his time honing his live shows playing both acoustic solo shows and with the same band since the age of 15.  “There’s a lot of off the cuff stuff that happens on stage these days, and traveling all the time while singing about what I believe in is something I’ve always wanted.”  Greg believes that life is too short, and it’s real, and it’s now or never, and that’s why “Time to Start Living” is the title of his debut album.