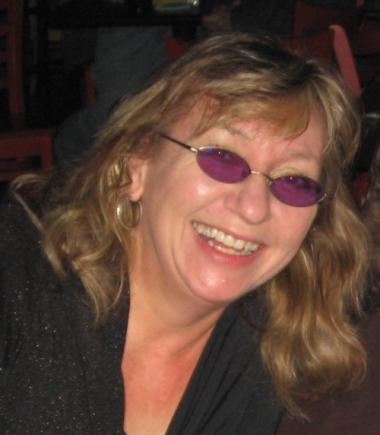 Daina De Prez began performing at dueling piano bars in the early 1990s. She says, "The concept just blew me away. It was so spontaneous, and so much about the audience, I knew it was something I would be good at and like to do."

She spent four years at Lil' Ditty's at Mall of America in Minnesota. And she's most recently been performing at some of the hottest dueling piano bars in the USA. Says Daina, "I've managed to rack up a lot of dueling piano miles."

The vocal comparison to Janis Joplin has followed Daina around for a long time. She does some Joplin tunes, and does them well. She's always been a rocker and loves the old and the new—including repertoire from Bonnie Raitt, Tina Turner, Annie Lennox, Dido, Bon Jovi, the Police, 3 Doors Down, Train, Gwen Stefani, Gretchen Wilson, Journey, Styx, Reba McIntyre, the Beatles, Sublime, Oasis, Patsy Cline, Garth and Madonna.

Adds Daina, "Pretty much you name it, I've done it. And am always picking up new material.

"I love flying by the seat of my pants, not knowing what's up next and making it work anyway. I love to laugh and to make people laugh."