Stacy Carter and Something Special 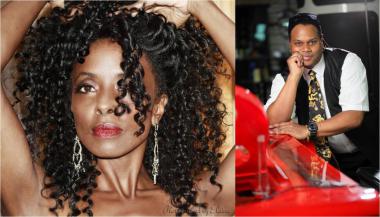 Stacy Carter began heer singing career in the San Francisco Bay Area when her mother entered her in the California Miss Pageant. She sang in school choir and musical theatre, performed at Great America in Santa Clara and was a runner up for Miss San Jose. Stacy worked the Southern California club scene before moving to Tokyo, where she sang in Vivi’s hostess club. Soon thereafter, she was approached her to open for R&B groups Klymaxx and Lakeside.

After returning to the USA, Stacy won a jazz vocal competition and performed in most of the high profile lounges in the San Francisco Bay area. Stacy also produces her own stage show entitled The Women of Soul,during which she performs the songs of the iconic Diana Ross.

Keyboardist Ventura Edgerson is a smooth, soulful and skilled entertainer. He is a piano bar veteran and delivers a pleasing repertoire of jazz, R&B and soul music. A native of Hartford, Connecticut, Ventura has studied and performed music and theatre since he was a child. At age 12, he was acting with the Negro Ensemble in New York City. He attended Parsons, where he concentrated on jazz studies and performed in clubs in and around New York. For more than a decade, he has performed internationally, in the United Arab Emirates, Jordan, Turkey, China, Indonesia, Thailand and Japan.

They have most recently been performing for the five star Absheron Hotel Group in Azerbaijan.