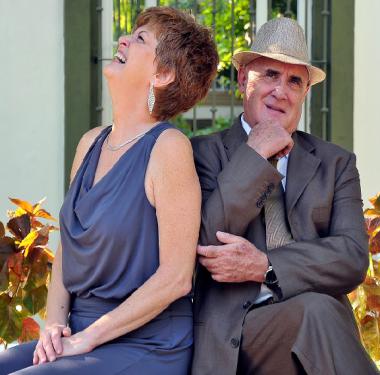 Meet Steve and Lisa, The Yorks, a music duo of vocals, piano, bass, flute and harmonica.  They play a wide variety of jazz standards, Latin, blues, standards, international selections, Motown, rock ‘n roll oldies and classic country.  They have an extensive repertoire that is well suited for five star venues world wide, and they have performed extensively throughout Asia, Europe and the Americas.  They know how to read a crowd and play music that moves them.

Lisa is from the USA and has worked long term solo engagements on several cruise lines and five star venues worldwide, including one year engagements each in two of China’s most famous piano bars.   Her television performances include American Bandstand, Arsenio Hall and Soul Train.  Her vocal performances have been broadcast by NPR as a soloist with the University of Iowa’s distinguished early music ensemble, Collegium Musicum, and also with Syl Johnson at Minnesota’s Bay Front Blues festival.

Steve is from the UK and has recorded and toured with many top UK artists, including Robert Palmer, Manfred Mann, Marianne Faithfull and Elkie Brooks.  He has also played on recordings with Eric Clapton, Pete Townshend, Ringo Starr and Mick Jagger before moving to the United States.  He has also toured and performed at major venues in Europe and the USA, including the Montreux Jazz Festival, London’s Royal Albert Hall and New York’s Carnegie Hall.  TV appearances include The Tonight Show, Solid Gold, American Bandstand and UK’s Top of The Pops.