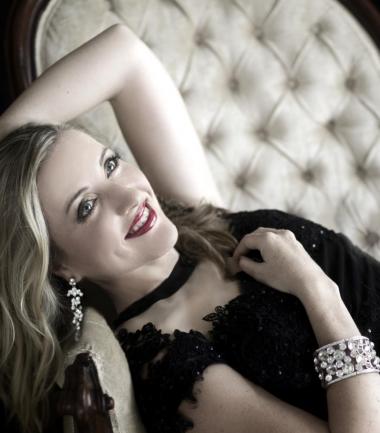 After finishing her Contemporary Music Bachelor of Arts Degree at Berklee College of Music, and performing nightly with magnificent live jazz and pop bands on the luxury Cruise Liner, “The Odyssey” on Boston Harbour, Aussie Simone Waddell’s career hit a new level in America with the launch of her first two albums “Take My Love” and “Make it Happen.”

Upon returning to Sydney, from successful singing engagements and contracts in America, Asia and Europe, Simone was quickly sought after by some of Australia’s most accomplished musicians as a solo performer and/or backing vocalist for both live and studio work. She has performed professionally in many top venues for over twenty years, her styles including gospel, jazz, soul, funk, pop, ballads and R&B.

Her love of travel and other cultures has remained strong over the years, and her live interview and radio support of her music from The Booth Ghana, has resulted in an invitation to perform in Ghana, Africa for “Girl Power,” an all female artist concert.

Simone has recently collaborated with the great Australian jazz guitarist Jim Kelly, to produce an album full of stunning jazz tunes with equally exquisite arrangements. “My Romance” is a timeless and quality body of work that has been a total joy for Simone to create. Highlight tracks include, “Summertime,” “You’ve Changed” and “You Don’t Know What Love Is” and feature some of Australia’s finest musicians. The album launch for “My Romance” was a sold out night at Sydney’s leading jazz club in October 2015, with audience reviews such as,
“Stunning!”
“It was one of the best nights of my life!”
“Beautiful songs and very real stories”
“It was the best album launch I’ve attended!!”