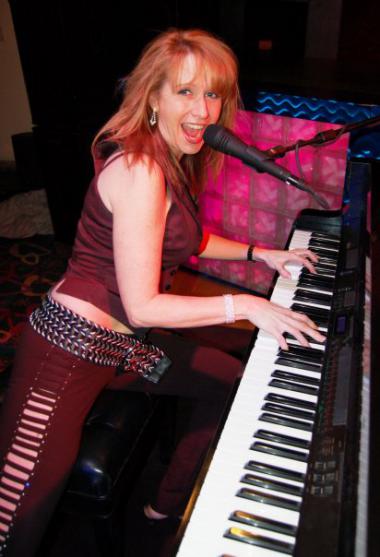 Phyllis Tilley has been a career entertainer since 1990. She began her career as a pianist/vocalist in the church at 5 years old. At 12 she began performing in her father’s band The Palisades. Says Phyllis, “We performed for the local Shriners, Parents Without Partners (PWP), VFW and various restaurants and night clubs in the Greenville/Spartanburg area. We were playing somewhere every weekend, and I decided then that I wanted to be an entertainer.”

Phyllis moved to Atlanta at 19 years of age and became the house pianist for Hilton hotels. In addition she performed in bands and gained a BA in music performance at Kennesaw State University. It was in Atlanta that Phyllis was noticed by a talent agent who gave her an opportunity to travel throughout Europe, the Middle East, Asia and Africa. Phyllis to date has performed internationally in 23 countries and counting.

Nationally she has performed at Bar At Times Square in the New York-New York Las Vegas Hotel and Casino for 9 years, and every top class hotel/casino in Las Vegas including Harrah’s, Bellagio, Venetian, Palazzo and Mirage.