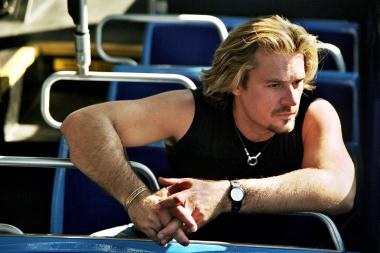 Anyone familiar with New York City musical talent is aware of the respected reputation Jay Sweeney has garnered due to his unique style and ability. Jay has shared the stage and worked with an endless string of recording industry luminaries over the years. And he was one of the VH-1 pioneers when he was featured as the regular pianist and sidekick on that network's trend-setting Ru Paul Show.

In New York City, Jay may regularly be found as a Monday night fixture at Arthur's Tavern. He also spent six years as the house keyboard player at New York's legendary Café Wha. Jay's charisma as an entertainer has earned him repeat engagements worldwide, including locations as varied as Australia, Scandinavia, the Caribbean and Africa, where Jay has performed for the King of Morocco on three separate occasions.

Jay's writing talents have earned him opportunities to compose and perform soundtracks for the movie 16 Blocks, the television show Kenny The Shark, and for numerous soap operas and commercials.

Whether Jay is playing keyboards, songwriting, making videos, producing music, or doing any of the other number of things he embraces, one may always be certain to feel his unique fingerprint. And that will continue to fuel his success to new heights.