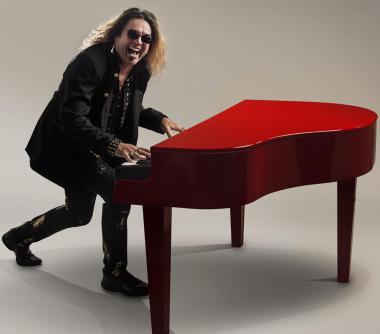 Barbadian entertainer Alan Sheppard is a seasoned international artist who has performed in New York, Toronto, Miami, Colombia, Costa Rica and throughout the Caribbean with his own unique sound.  He performs favorites of the 70s, 80s and today in a high energy show.  Alan is a multi-instrumentalist and singer songwriter who has worked with Warner Brothers, Sony and the Walt Disney Company.

Alan has been singing, entertaining and writing songs since he was 14 years old.  He has toured worldwide as lead singer and songwriter of the famous Caribbean group Spice And Company — including performances at The Montreal Jazz Festival, Reggae Sunsplash, The Caribbean Brass Festival and The Festival De Caribe in Columbia.  As songwriter of Walt Disney's Little Mermaid character Sebastian The Crab, Alan worked alongside top record producer Pablo Flores.

With his own blend of high energy Afro Caribbean pop music, a great party is always in store with Alan on stage. Audiences sing-a-long and dance to his worldwide hit In De Congaline and songs by Elton John, Billy Joel, Beatles, Bob Marley, Calypso, Soca and Reggae.