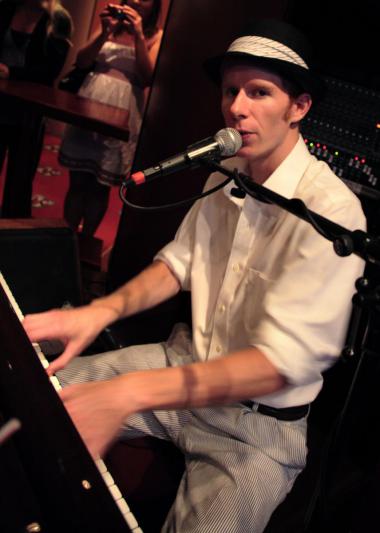 Piano bar entertainer Steve Savage hails from the gut of America's rock 'n roll heritage, New Jersey. For the past two years he has traveled the world performing throughout the USA, Asia and the Caribbean. Steve discovered the dueling piano bar circuit while studying music in Boston, where he still performs frequently. He was quickly enamored with the high-energy concept.

Most recently, Steve has split his time between performing dueling piano gigs around the USA and solo piano bar gigs aboard the Royal Caribbean Cruise Line, where he remains one of the highest-rated players in the fleet.