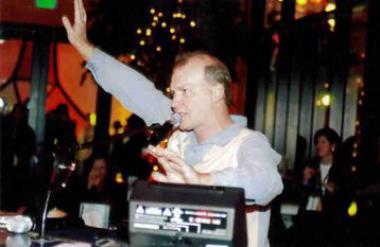 When it comes to performing, there is no better way for Billy Ryan to put his favorite Victor Borge quote into action -- “Laughter is the shortest distance between two people.”

Born in Michigan, Billy started playing piano at age 5 and hasn’t stopped. His performances in Japan, Canada, Mexico, Virgin Islands, Nevada, California and Michigan were met with rave reviews. After seeing him perform, Gloria Gaynor invited him to conduct the orchestra for her show at Caesars Palace in Las Vegas, NV.

He’s been performing in dueling piano bars nationwide since 1999, eventually founding and partnering in a dueling piano club at the Hard Rock Seminole Paradise in Fort Lauderdale. Billy says, “Dueling Pianos is all about the audience. The ultimate goal is the same. To make sure that everyone in the room feels that they took part in something unique, musical and most of all fun.” He has also been a steady performer at Sgt. Peppers Dueling Pianos in Los Angeles for 7 years, until recently relocating back to his home town in the western Michigan area with his wife Cindy, their Quarter Horse and Labradoodle.

Billy is meticulous when it comes to setting up a first class performance and leading any audience into an exciting sing a long, laugh along, clap along evening of entertainment.