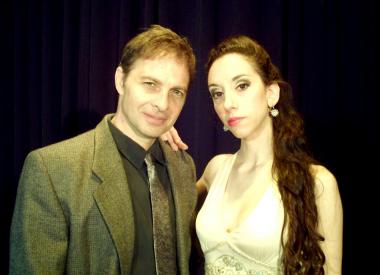 Mistura Fina is a Latin and international variety duo from Argentina, consisting of Sergio Salvatore on vocal and keyboards and vocalist Laura Pirruccio. They have extensive international experience in five star hotels and cruise lines worldwide since 2001. They sing and speak in four languages, and their repertoire contains more than 2,000 songs in all styles of music.

Together, Sergio and Laura make an explosive duo with a repertoire that includes bolero, cha cha, pop, jazz, tango, Italian, Brazilian, merengue, salsa, ballads and popular hits from the 1960s to 1990s. Most recently, they have performed most of the past three years on board Windstar Cruises.  Prior cruise experience includes engagements with Princess Cruises and Norwegian Cruise Line.  They have also been performing throughout Brazil, Chile and Uruguay.