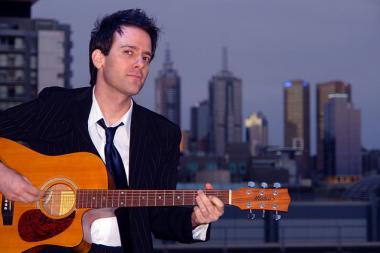 Regarded as one of Australia’s most articulate and soothing vocalists with a career that has encompassed recording, performing and writing songs, Ron Kingston has enjoyed an international musical career spanning many years. Ron has entertained before thousands in more than a dozen nations, such as his native Australia, and throughout much of the Asia Pacific, including China, Korea, Indonesia, Japan, Thailand, India, Malaysia, Singapore, Hong Kong, Macau, Bahrain, Brazil and many top casinos in Las Vegas USA.

Born and raised in Melbourne, Australia, Ron taught himself to sing and play guitar at age 13. He performed a record-breaking 113 shows in a row in Japan’s Summer Budweiser Music Festival. In 2008, Ron performed in the Gulf for US, British and Australian soldiers serving in neighboring Iraq and Kuwait.

From 2013-2015 Ron toured mainland China performing hundreds of shows in Beijing, Shanghai, Guangzhou and Shenzhen which included his original songs plus memorable hits. In 2016 he performed at Las Vegas casinos including House of Blues, Hard Rock Casino, Caesars Palace and many more. Ron continues to perform in some fascinating countries around the world. Ron’s music is romantically charged with refreshing melodies, sensuous grooves and distinct, smooth, soulful vocals.