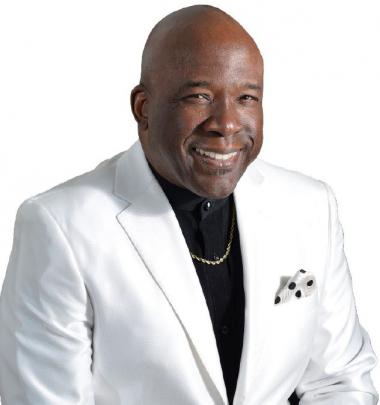 Ray Glover began his career in Memphis, Tennessee.  This multi-talented pianist and vocalist has been compared to a younger Lou Rawls, George Benson, or Bobby Short.   Memphis mayor W. W. Herenton dedicated the 37th Brass Note on the famous Beale Street Walk of Fame to Ray as a celebration of his contribution to the Memphis music industry.

Ray has performed in 19 countries worldwide, including venues in Europe, Asia and Africa, where he opened the renovated palace La Mamounia Hotel, in Marrakesh, Morocco.  Other international engagements included Tiffany’s New York Bar at the Grand Stanford Harbor View in Hong Kong, the Pink Elephant Jazz & Piano Bar at the Hotel Post in Zermatt and the Hotel Splendid in Zürich.

Ray has performed for most of the past two decades in many famous hotels on the Las Vegas Strip, including15 years at the Bellagio Hotel and Casino.  He has also recorded two CDs during that time, one with lyrics written by Lamonte Mclemore, a founder of the famous pop group The Fifth Dimension.