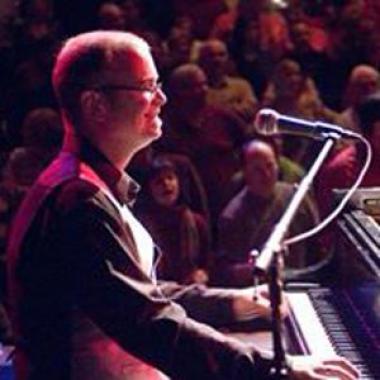 Dan Gloglee is one of the Chicago area's premier piano bar entertainers.  Specializing in both sing along and interactive music & comedy, Dan will liven up your bar, networking event, backyard BBQ or holiday party.

He has been a professional musician since he graduated high school.  Dan spent many years learning his craft of piano playing following some of the best piano players in Chicago.  He's logged many hours on stage enabling him to read a room.  However, he truly really learned how to entertain by working with some of the best in the show business today; celebrities such as Steve Carrel, Stephen Colbert and Scott Adsit, Bonnie Hunt to name just a few.  Dan's comedic timing and improvisational skills were fine tuned during his 10 years as music director with The Second City.

Dan performs at the best Chicago venues such as The Redhead Piano Bar, Chicago Symphony Hall, The Ritz Carlton, Hyatt, House of Blues, trade shows, conferences, country clubs and countless corporate events.  Dan produces dueling pianos shows for corporate clients, charity events and private parties all over the U.S.  He has never met a microphone he didn't like.