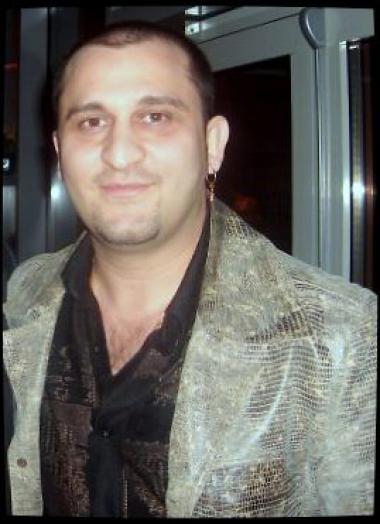 David Alen Clay has been a mainstay on the Scandinavian piano bar scene for more than 15 years.  His soulful voice, musical skill and entertaining demeanor have left a wave of satisfied customers in his wake.

David began his musical journey at the age of 7 by studying classical piano.  He enrolled in music school at the age of fourteen, and was playing piano and keyboards with his first band soon thereafter.  As time passed, David became more interested in singing and he eventually became the vocalist in the rock band Cronos.  They performed successfully in many clubs and participated in rock festivals, where David's musical talent was often praised.  At the age of 20 he was touring as a piano entertainer in Turkey.  And in 1997 he began performing on the Norwegian piano bar circuit.

David admires entertainers Elton John, Jerry Lee Lewis, Billy Joel and Joshua Kadison -- and his piano style is similar to his idols.  He often tells anyone who will listen, "Win the crowd and then you win your freedom!  The piano is my life's stage!"