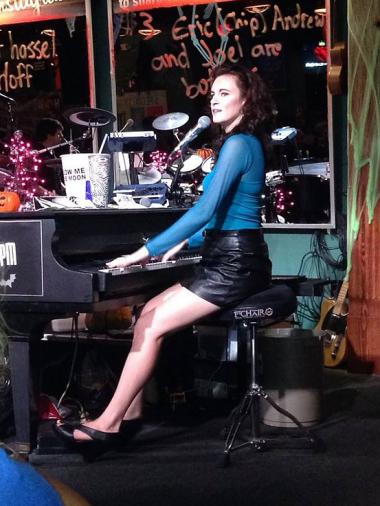 Katie Pinder Brown is an accomplished, versatile, professionally trained singer and musician based in central Florida.  She earned her degree in performance from Stetson University's prestigious School of Music. Since then she has performed at Walt Disney World, Universal Studios, SeaWorld, Bob Carr Performing Arts Center, Garden Theatre and for special events up and down the east coast of the USA.

Katie’s career highlights include singing with Celine Dion, sharing the stage with Disney legend Richard M. Sherman, jamming with Joey Fatone, and performing for American soldiers overseas. She was also a casting director for the American Idol Experience at Disney's Hollywood Studios.

Katie is currently a dueling piano player at Howl at the Moon, a soprano from Slytherin in the Wizarding World of Harry Potter's Hogwarts Choir, and a chorister at the Shrine of Mary, Queen of the Universe. Katie's favorite roles include Luisa in The Fantasticks, Mrs. Potiphar in Joseph and the Amazing Technicolor Dreamcoat, and Maria in The Sound of Music.